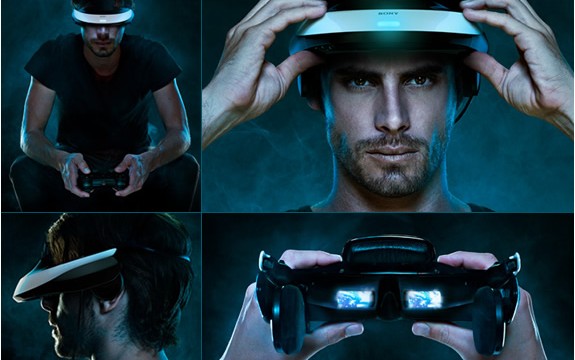 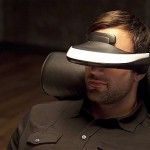 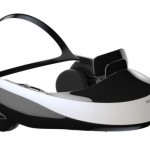 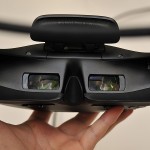 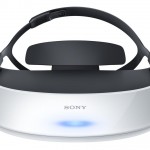 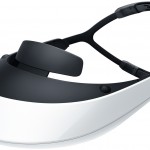 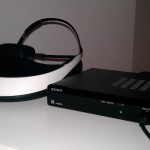 The Sony HMZ-T1 Personal 3D Viewer (420 grams) is a pair of virtual glasses for those who are tight on room space. Main specifications including a virtual OLED 720p display equivalent of ‘750-inches at 65 feet away’, 5.1 channel surround sound, and excellent 3D capabilities remain. Granted, there are a few downfalls including the price, and lack of a built-in gaming head tracker. Still, Sony’s personal 3D head mounted display offers excellent image quality for movie watching, and remains one of the best HMD’s on the ‘currently released consumer market’.

The Sony HMZ-T1 is a must for the unparalleled 3D technology, and immerse experience. For users who live in crowded cities like Shanghai or New York (where the space for a gigantic television is non-existent), this is the next best thing. Users can also enjoy watching a cinematic film at night, without disturbing others around them. At least at the moment (keeping in mind the Oculus Rift is not found in stores just yet), the Sony HMZ reigns as a top-tier pair of video goggles.

As tech history has shown us, getting these virtual glasses just right, is a surprisingly difficult task. Compared to cheaper Head Mounted Displays (HMD) like the MyVu series, image quality and performance is infinitely better. Although cheaper HMD’s like the MyVu ($300) offer better portability, they tend to only work for selective devices such as iOS, often lending unusable 30″ virtual displays, and horrendously blurry HVGA graphics. Comparatively, Sony’s crisp imaging, and gigantic virtual screen size are astounding. Therefore, although the Sony HMZ-T1 isn’t perfect, it at last places head mounted displays into the modern 21st century.